Records of British art sales from 1780 to 1800 are available on the Getty Provenance Index® and the focus of a major scholarly conference in London on June 21–22, 2013 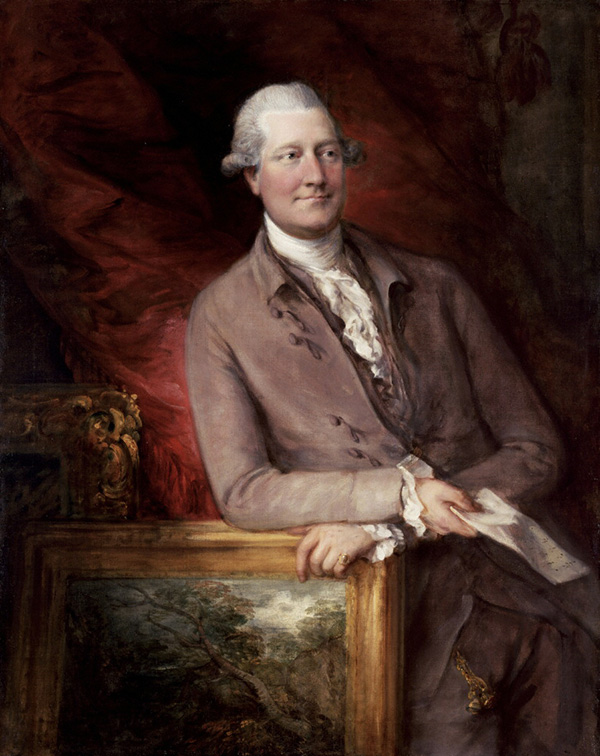 In London this week (June 21 and 22), a major conference co-organized by the Getty Research Institute and the National Gallery, London will examine this pivotal time in art history—a critical period when London established itself as the hub of the international art trade.  The addition of these British sales records to the Getty Provenance Index® is a major impetus for this conference because it adds—significantly and strategically—to approximately half a million records from the UK, France, Germany, the Netherlands, Belgium and Scandinavia spanning 1780 to 1820 that were already included. The comprehensive scope of data from several European countries now makes it possible for scholars to fruitfully examine how integrated the European art market was during this period. Among other topics, the London conference will tackle the question: was there a truly integrated European art market around 1800 or were local markets still relatively independent?

“The addition of this data to the Getty Provenance Index® gives researchers a greater ability to study fluctuations and trends in art commerce,” said Thomas W. Gaehtgens, director of the Getty Research Institute. “Given the interconnectedness of national art markets, the potential for this research is wide-reaching—filling in provenance gaps relating to the art markets of Great Britain, as well as dispersed French collections, and the development of cultural networks throughout Europe.”

As a result of a collaborative research project, The Rise of the London Art Market, between the Getty Research Institute’s Project for the Study of Collecting and Provenance (PSCP) and the National Gallery, sales catalogs from 1780 to 1800 were located in British libraries, cataloged, and entered into the Getty Provenance Index®.  While the Getty Provenance Index® already held many British sales records from the early 19th century, the addition of 100,000 art sale records in these crucial decades—when London became the funnel through which most European art flowed—greatly expands the importance and usefulness of the database.  To accomplish this, a team from the National Gallery searched for relevant catalogs in the collections of about 150 libraries and archives across the UK and also obtained copies of catalogs from institutions in the U.S., France, the Netherlands, and other countries. Ultimately, catalog copies from about 60 different libraries and archives were used for the transcription and indexing part of the project. The National Gallery team created bibliographic records about each catalog and entered all of the art sale records into the Provenance Index. Editing, verification, and enhancements of the data were done by a team at the GRI.

“In the field of provenance, a universally accessible database is critically important to museum professionals, scholars, and archivists,” said Christian Huemer, manager for the Project for the Study of Collecting and Provenance at the GRI. “Through important partnerships like this one with the National Gallery, we are able to have a tremendous effect on the ability of researchers to track patterns of taste, to better understand cultural transfers, and to more fully explore the power of art markets.”

The Getty Research Institute is a leader in the field of art market and art collecting research. In addition to the Provenance Index databases, the GRI holds important art dealer archives, including collections from Goupil & Cie, Boussod (also available online), Duveen Brothers, and the recently acquired archives of the Knoedler Gallery in New York.

More information about these and other GRI research projects can be found online at www.getty.edu/research. Learn more about this research endeavor at The Getty Iris.

The National Gallery is one of the greatest art galleries in the world. Founded by Parliament in 1824, the Gallery houses the nation’s collection of Western European paintings from the late thirteenth to the early twentieth century. There are more than 2,300 paintings in the National Gallery’s collection, including works by Raphael, Leonardo da Vinci, Turner, Rembrandt, Degas, Cézanne, Van Gogh, Renoir, Monet, Rubens, Velázquez, Van Dyck, Titian and Bellini. The Gallery’s key objectives are to enhance the collection, care for the collection and provide the best possible access to visitors.

The Getty Research Institute is an operating program of the J. Paul Getty Trust. It serves education in the broadest sense by increasing knowledge and understanding about art and its history through advanced research. The Research Institute provides intellectual leadership through its research, exhibition, and publication programs and provides service to a wide range of scholars worldwide through residencies, fellowships, online resources, and a Research Library. The Research Library—housed in the 201,000-square-foot Research Institute building designed by Richard Meier—is one of the largest art and architecture libraries in the world. The general library collections (secondary sources) include almost 900,000 volumes of books, periodicals, and auction catalogues encompassing the history of Western art and related fields in the humanities. The Research Library’s special collections include rare books, artists’ journals, sketchbooks, architectural drawings and models, photographs, and archival materials.